Contact Us now For a Free Consultation
Home
Practice Areas
Adult and Juvenile Criminal Defense
Municipal Charges and Traffic Offenses
Driving While Intoxicated (DWI) or Driving Under the Influence (DUI), and other Municipal Court Offenses

Driving While Intoxicated (DWI) or Driving Under the Influence (DUI), and other Municipal Court Offenses 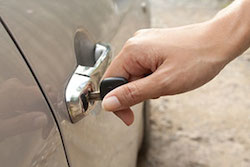 Driving while intoxicated or driving under the influence of alcohol or drugs are among the most serious vehicle and traffic offenses heard in New Jersey’s municipal courts. Aside from the court-imposed fines and penalties, convictions for these offenses will have serious ramifications for anyone’s driving record. It will also affect automobile insurance rates and result in surcharges.

New Jersey has recently amended its DWI/DUI laws. Many people have questions about what the new law says and how it will affect those charged with this offense. Here are some of the more common questions and answers that we have already received from our clients:

The foregoing is a very brief summary of some of the more significant features of New Jersey’s new DWI/DUI law. How the law applies to any individual case can be determined only after a consultation with an experienced DWI attorney in New Jersey.

Further, some things have not changed at all. Defending a DWI still requires a high level of skill and considerable experience. Aside from understanding the law, the defense attorney must know what to look for when reviewing the discovery provided by the State, which is substantial for a municipal court matter. The attorney should have a thorough understanding of the proper procedures for administering field sobriety tests, as well as the technical aspects of the breathalyzer test. The latter requires knowledge of current law, as well as knowledge of the proper functioning of the machine used and familiarity with the underlying scientific principles and concepts. Given the high-stakes nature of even a first-offense DWI coupled with the scope of the knowledge required to mount a meaningful defense, a defendant should be represented only by a driving while intoxicated lawyer in New Jersey who is well-seasoned in this area.

DWI is just one kind of vehicle and traffic offense heard in the New Jersey municipal courts. Other motor vehicle offenses include:

The resolution of any case carrying one or more of these offenses will impact upon the dollar amount of any fines paid, the defendant's driving abstract, and the future cost of the defendant's automobile insurance. Thus, what appears to be a relatively low-level municipal court offense can actually have far reaching implications. As with DWIs, these matters should also be handled by an experienced New Jersey traffic offense attorney.

We are traffic offense lawyers and driving while intoxicated attorneys who defend clients charged with driving while intoxicated/driving under the influence, and other motor vehicle offenses in municipal courts throughout New Jersey. If you or a member of your family has been charged with such an offense, contact us online or call toll free at 800-361-6554 to discuss your case and learn about your options.