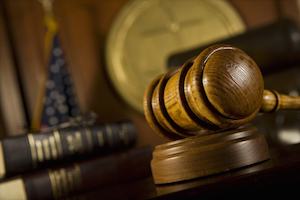 Virtually every child pornography offense involves use of the Internet to receive and transmit (or distribute) illegal images. Every county prosecutor's office in New Jersey has a section that deals with computer and internet-related offenses, and these sections are more frequently prosecuting defendants accused of possessing or distributing child pornography in the Superior Court. However, many "CP" (child pornography) cases are also handled at the federal level. These cases can be prosecuted in federal court because they involve images transmitted in interstate commerce by means of the Internet.

Under the Federal Sentencing Guidelines, there are certain factors that add points to the offense level in these case, thereby leading to greater sentencing exposure. These include: (a) use of a computer to commit the offense (this one is a given); (b) possession or distribution of images of children under 12 years of age; and/or (c) images involving acts of sadomasochism, bondage or domination.

The primary factor that increases the offense level and related sentence is the number of images that the defendant is charged with. Defendants apprehended with over 600 images face a longer sentence. Many defendants caught with a few images and a couple of videos believe they have a "small" case. However, for sentencing purposes, each video can equal 75 still images. Accordingly, and by way of example, a defendant with 25 still shots and 12 videos does not have 37 images; rather, this case actually involves 925 images.

Internet pornography defendants frequently wonder how they got caught. There are various factors that identify kiddy porn as such while it is being transmitted online or downloaded. Law enforcement agents, are trained to recognize child pornography as it travels online, and frequently conduct surveillance operations online looking for users whose activities and content meet these criteria. Upon discovering such a user, an officer will then attempt to download pornography from that person's online collection. That user will then be arrested and charged with possession and distribution. The fact that the distribution was to a law enforcement agent conducting an investigation online is irrelevant; it still qualifies as distribution and can still be the basis for a criminal charge.

Additionally, some software packages that are used to trade child pornography on the Internet must be set to share online content with others seeking to obtain such material via the Internet. A particular user may believe that their computer is not set in such a way so as to allow others to obtain contraband from them, when in fact it is open to outsiders browsing for this material. Lack of knowledge or understanding as to how your computer and/or the software functions is not a defense to a child pornography charge.

Finally, child pornography defendants should not depend upon their Internet service provider from protecting their privacy as it concerns their account. If law enforcement serves the ISP with a subpoena, the latter will comply and turn over all of the account information.

Upon arrest, the agents will almost certainly attempt to question the defendant. IT IS ABSOLUTELY CRUCIAL THAT THE DEFENDANT SAY NOTHING TO THE AGENTS, INVOKE THEIR RIGHT TO REMAIN SILENT, AND CONTACT A CRIMINAL LAWYER IMMEDIATELY.

It does not matter. Law enforcement agencies including, without limitation, the FBI, use sophisticated computer forensic technology and equipment to recover files that were purportedly erased.

An experienced federal criminal defense attorney in New Jersey will understand these issues and know how to get their client the best possible result in their case.