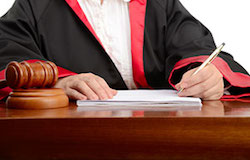 Most criminal defense lawyers - even those that handle state court criminal appeals - have relatively limited experience with criminal appeals in the federal court system. The trial record created in a federal district court is governed by federal law, the Federal Rules of Civil Procedure, and the Federal Rules of Evidence. All of these can - and often do - differ dramatically from their state court counterparts. Federal appellate practice and procedure also differs dramatically from the appellate procedures followed in most state court systems. Defendants seeking to hire a New Jersey federal appellate attorney must therefore retain counsel that knows Federal practice.

Grounds for a Federal Appeal

The United States Supreme Court has long held that federal sentencing guidelines are advisory rather than mandatory. However, most federal district court judges remain heavily influenced by a sentence suggested by the United States Sentencing Guidelines. Improper application of the guidelines may give a criminal defendant a strong issue for a criminal appeal. An experienced federal criminal appeals lawyer in New Jersey can determine whether an individual client has sufficient grounds for appeal based upon an erroneous guidelines calculation.

We handle appeals arising from the misapplication of sentencing guidelines and all other federal criminal issues in the Third Circuit Court of Appeals and other federal appellate courts throughout the United States. We have represented clients in appeals from convictions for a variety of federal offenses.

Whatever the issue and wherever we appear, we are always sensitive to the cost of appeals. We advise clients about their chances of success, providing them with the information they need to decide navigate the appellate process. We also work diligently to keep the cost of an appeal within reason.

Generally speaking, and under current law, defendants seeking to appeal a criminal conviction from a United States District Court have 14 days from the date of their sentence file a Notice of Appeal and related paperwork with the Clerk of the district court where they were convicted. A defendant who misses this deadline will almost certainly lost their appellate rights.

If you have been convicted of a sex offense, internet crime, drug offense, or any other crime in a federal district court, contact us online or call 800-361-6554 (toll free) to schedule a consultation to discuss a federal criminal appeal.