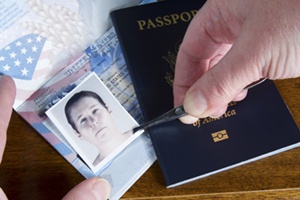 The white collar crime of forgery has taken on new significance because of widespread and profound changes in our society and the way we all transact business. First, forgery has become more common in recent years because of the ongoing increase in retail sales of merchandise over the Internet. Customer information taken from a seller's website can easily find its way into forged documents. Additionally, many large business entities continue to report hacking activities that result in the copying of personal or customer data from their in-house computer systems. Finally, law enforcement authorities argue that there are a growing number of individuals who sell forged documents to people in need of a driver's license or some other form of identification, such as immigrants who are not in the country legally.

Here is a non-exclusive list of documents that frequently appear in forgery cases:

Because of the variety of documents and other materials that may be the subject of a forgery case, it is not unusual to see charges for forgery coupled with charges for other offenses including credit card fraud, check fraud, prescription fraud and theft by deception. Thus, a forgery case can be complicated because it can potentially involve an array of criminal charges.

To commit the crime of forgery, the defendant must have:

Also, the defendant must have done these things with the intent to injure or defraud someone else, or with the knowledge that he was facilitating someone else's fraudulent or injurious conduct.

In New Jersey state court, forgery typically begins as a fourth degree crime, exposing the defendant to a State prison sentence of 18 months. However, depending upon the facts and circumstances of the case, the forgery charge can be upgraded to a third degree offense, which can carry a prison term of five years. In addition to prison sentences, the defendant can also be obligated to pay fines and restitution for any financial loss that someone may have suffered as a result of the forgery.

Forgery offenses can be charged in both state and federal court. In fact, the United States Attorney's Office aggressively prosecutes cases involving the theft or fraudulent production of federal documents. As is often true, the fines and penalties imposed in federal court can be significantly larger than those imposed in state court. Defendants with these charges should be represented by a New Jersey forgery lawyer who has experience in forgery and other theft offenses.

Have you been charged with forgery in any New Jersey state court, or in a federal court in New Jersey or New York City? If so, you need a seasoned New Jersey forgery attorney who regularly represents defendants accused of forgery and other white collar crimes. Do not make any statements to any representatives of law enforcement. Contact us to discuss your case, your options, and your defense strategy.