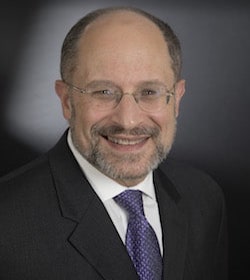 James S. Friedman has been an attorney since 1992. Jim received his bachelor's degree from New York University in 1982, his master's degree from The University of Michigan in 1985, and his law degree from Brooklyn Law School in 1991. While in law school, Jim was selected as a member of the Moot Court Honor Society, and received the Philip K. Yonge Memorial Award in Bankruptcy and Commercial Law.

Originally from New York City, Jim relocated to New Jersey after graduating from law school to serve as a judicial law clerk to a Federal bankruptcy judge. Following his clerkship, Jim was associated with several of the State's more prominent law firms. At this stage of his career, most of his work focused on complex civil and commercial disputes in the State and Federal courts of New Jersey and New York. His cases ran the gamut from bankruptcy, commercial/business litigation and foreclosure cases, to environmental and employment litigation and land use matters.

Jim opened his own firm in January, 2000. Since that time, his practice has focused on two areas. Jim represents adult and juvenile defendants in criminal cases in the State and Federal trial courts of New Jersey and New York. Jim's clients include individuals charged with indictable/felony offenses, non-indictable/misdemeanor offenses, and traffic infractions and other local matters in the New Jersey Municipal Courts and the town courts of New York State. Jim also represents defendants seeking to appeal criminal convictions from the New Jersey trial courts to the Appellate Division of the New Jersey Superior Court, and from the Federal district courts located in New Jersey to the United States Court of Appeals for the Third Circuit. Additionally, Jim handles municipal appeals from the New Jersey Municipal Courts to the New Jersey Superior Court.

Further, Jim represents business owners in a wide array of commercial matters in the state and federal courts of New Jersey. This area of his practice includes attempting to negotiate the resolution of collection disputes as efficiently as possible, representing business clients in commercial litigation cases in the New Jersey Superior Court when negotiations have failed to produce acceptable results and, if necessary, representing business creditors in the United States Bankruptcy Court. Jim's commercial creditor clients, which include a wide array of businesses, come to him from throughout New Jersey, other states and other countries.

Jim is committed to providing personalized, cost-effective legal solutions in all of his matters. He is very practical and results-oriented in his approach to cases. He understands that most of his clients do not reach out for an attorney because of some positive event that has occurred in their personal or business lives; rather, clients contact him because they have a problem that must be solved as quickly and as efficiently as possible.

To learn more about Jim, read: