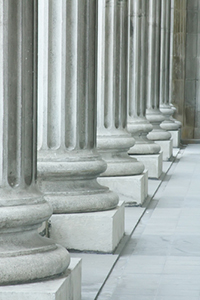 Data from the Federal Bureau of Justice Statistics reveals that about 10% of prison and jail inmates reported a mental or emotional condition, and 10% said they had stayed overnight in a mental hospital or program. Together, 16% (or an estimated 283,800 inmates as of the time this data was compiled) reported either a mental condition or an overnight stay in a mental hospital, and were identified as mentally ill. Other BJS research reveals the following facts:

These facts indicate plainly that there is a correlation between mental illness and involvement in the criminal justice system. Indeed, the experience of Federal and State criminal justice and corrections officials continues to demonstrate that the criminal behavior of a significant number of defendants resulted from an untreated mental health issue, as opposed to an otherwise unspecified desire to violate the law.

If a criminal defendant has a psychiatric or psychological problem, or some other mental health issue, this fact needs to be brought to the attention of the Assistant United States Attorney, Assistant Prosecutor or Assistant District Attorney handling the case. Depending upon the facts and circumstances of the case, such issues may be used to negotiate a more favorable resolution of the charges. Depending upon how this material is presented, a case that might have resulted in a prison sentence because of the severity of the charges could end with a downgrade to a lower-level offense and a term of non-custodial probation. It may also be possible to get the defendant services designed to address their individual needs through the court's probation department. This is particularly true in cases involving defendants with relatively minor criminal records, or those charged with non-violent offenses. However, the presence of mental illness needs to be documented carefully and presented appropriately if it is to be used to posture the case for a favorable result. Finally, the presence of a mental health problem or issue may form the basis for a defense at trial. A New Jersey criminal defense attorney with experience in this area will understand these issues.

New Jersey is also starting to implement a mental health court program. Generally speaking, mental health courts, which are modeled on drug courts, are "problem-solving" courts that target a specific class of criminal defendants with unique issues that cannot be addressed in a conventional criminal court. Some counties also have mental health units within their probation departments. These specialized courts and units are staffed with professionals who are trained to work with defendants with mental illnesses. As of now, not every county criminal court in New Jersey is equipped with mental health courts or units. Criminal defendants charged in counties that are not so equipped will, therefore, be unable to avail themselves of these programs and mechanisms that are designed to address their particular situation. However, the presence of a mental health problem that may have motivated someone to engage in criminal conduct must always be brought to a court's attention, regardless of whether the criminal court in that vicinage has implemented a specific structure to address the needs of these defendants.

We are New Jersey criminal defense lawyers who represent defendants whose criminal conduct may have been motivated by a mental health problem or issue. If you or a member of your family has a criminal charge that arose from mental illness, contact us online or call toll free at 800-361-6554 to learn about your options.