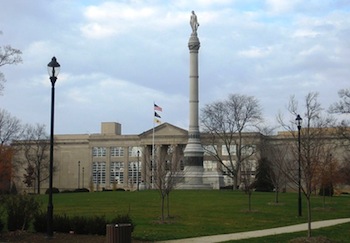 Some of the larger municipalities in Monmouth County include:

Each Monmouth County municipality either has its own municipal court, or shares one with a neighboring town. The Gateway National Recreation Area has the equivalent of a municipal court in the United States District Court for the District of New Jersey. What would otherwise be municipal offenses are heard in this Court if committed at Gateway because Gateway is federal property.

Monmouth County becomes very popular during the summer months because of its long shoreline. All of this traffic generally results in a noticeable increase in criminal offenses throughout the County at both the Superior and Municipal Court levels during the warmer months. DWI checkpoints on the County’s roads tend to be more common during that period.

The main office of the Monmouth County Prosecutor is located in Freehold. Like many New Jersey county prosecutors offices, Monmouth has a Computer Crimes Unit, which focuses on computer-assisted crimes in Monmouth County. This Unit investigates and prosecutes a variety of crimes, including online theft and fraud, online threats, hacking into computer networks, child luring, and possession and/or distribution of child pornography. Additionally, the Computer Crimes Unit supports the activities of other law enforcement agencies, and works with the New Jersey Internet Crimes Against Children (ICAC) Task Force, the State Police, the National Center for Missing and Exploited Children (NCMEC) and Federal and State agencies that target online offenses against children.

The Narcotics Strike Force investigates and prosecutes individuals accused of using and/or distributing controlled dangerous substances, as well as related gun and weapons offenses. The Tactical Narcotics Team (TNT) is a component of the Strike Force that works in high narcotics trafficking areas.