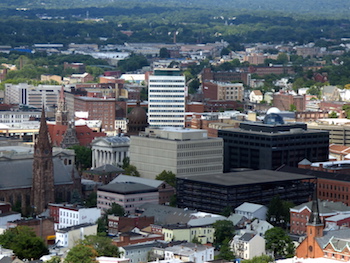 The County is bordered by Essex County, Morris County, Bergen County and Sussex County. Major roads passing through Passaic County include Interstates 287 and 80; U.S. Routes 202 and 46; the Garden State Parkway, and Routes 23, 21, 20, 19, 4 and 3. New Jersey Transit's Main Line also passes through the County.

The following Municipalities, each with a Municipal Court, are located in Passaic County:

The Passaic County Prosecutor's Office has the following special units and sections: Juvenile Unit - Investigates and prosecutes juveniles charged with acts of delinquency in the Family Court. This Unit will also review new Complaints, and possibly divert those of first-time offenders with relatively minor charges to other arms of the Court where they can be disposed of more efficiently, and with little to no record. Complaints containing more serious charges, or those of repeat offenders, remain in the Family Court.

Homicide Unit - Investigates and prosecutes all murders, suspicious deaths and in-custody deaths in the County.

Vehicular Homicide - Car crashes are fairly common in New Jersey. This Unit investigates crashes that result in fatalities to determine whether the actions of the at-fault driver rise to the level of criminal conduct.

Arson Unit - Investigates all suspicious vehicle and structure fires to determine whether criminal prosecution is warranted under the State's arson laws.

Bias and Hate Crimes - Focuses on allegations of criminal conduct arising from acts of violence directed against an individual or group because of race, religion, ethnicity, national origin, gender, gender orientation, gender identity or handicap.