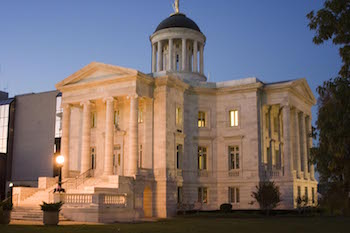 Somerset County is bordered by Middlesex County, Morris County, Union County, Mercer County, and Hunterdon County. U.S. Route 22, U.S. Route 202, U.S Route 206, and State Routes 28 and 27, both pass through Somerset County. Numerous major county roads (512, 514, 518, 523, 525, 527, 529, 531, and 533) also service the area. The County, one of the oldest in the United States, has long had a reputation for being politically conservative. The County is currently ranked as the seventh wealthiest county in the United States, and the third wealthiest in New Jersey. It is also the State's thirteenth most populous county.

The following municipalities are all located in Somerset County:

The Assistant Prosecutors and Investigators of the Somerset County Prosecutor's Office focus upon the following major areas:

Domestic Violence - Investigation and prosecution of incidents concerning the alleged violation of a domestic violence (or final) restraining order.

Organized Crime and Narcotics - Personnel in this area investigate and prosecute offenses arising from allegations of violations of the State's narcotics, gambling, and racketeering laws, as well as gang-related activities.

Like every other county prosecutor's office in the State, The Somerset County Prosecutor's Office plays major roles in such matters as the County's Pre-Trial Intervention Program ("PTI"), and applications for expungement of criminal records.