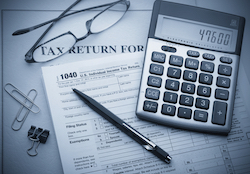 Few things can be more unnerving than a letter from the Internal Revenue Service. The IRS investigates and prosecutes tax crimes aggressively. People facing criminal charges for tax-related offenses need an attorney who will mount an aggressive defense.

The Criminal Investigation Section of the Internal Revenue Service

In the United States, compliance with tax laws relies heavily on self-assessments concerning, among other things, the amount of tax that is owed. This is typically referred to as "voluntary compliance". The IRS becomes involved when it believes that individual or business taxpayers have deliberately adopted a course of action that results in the non-payment of taxes. Such taxpayers face the possibility of a civil audit or criminal investigation.

CI prides itself on constantly reminding the taxpaying public that its agents have both the training and resources to review and analyze even the most complex hard copy and/or digital financial records. Given the resources at its disposal, CI is certainly capable of conducting an in-depth forensic analysis of the financial records of any individual or business taxpayer.

IRS document investigations involve the seizure and review of a taxpayer's financial records including, but certainly not limited to, bank account records, real estate files, and motor vehicle records. In the most general sense, CI's goal when conducting a financial investigation is to understand how the taxpayer has moved money around. Thus, the purpose of an IRS financial investigation is to determine where money came from, who received it, when was it received, and where it was stored or deposited.

The Consequences are Real

A finding of guilt in a criminal tax case can result in much more than just payment of back taxes. It can also implicate fines, penalties, interest, and substantial prison sentences. Because so much is at stake, defendants accused of tax crimes must be represented by an experienced New Jersey tax crimes lawyer.

Tax-related prosecutions are extremely serious matters. They can have far-reaching financial consequences, and result in jail time. Taxpayers who are contacted by the IRS in connection with alleged civil or criminal tax violations should speak to a New Jersey tax crimes attorney before responding to any requests for information or documents. If the IRS has contacted you in connection with a civil or criminal tax matter, do not try to talk your way out of it without proper legal representation. Rather, contact us immediately to discuss your options.