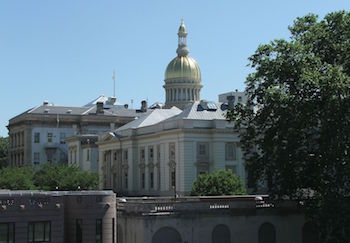 Mercer County is located in the central/western part of New Jersey. The county seat, Trenton, is also the State capital. Mercer County is among the highest income counties in the United States, and is also home to several colleges and universities including Princeton University, Rider University, The College of New Jersey, and Thomas Edison State College. Adjacent counties include Middlesex County; Somerset County; Monmouth County; Burlington County; and Hunterdon County.

The following municipalities, each with its own municipal court, are located in Mercer County:

The Mercer County Prosecutor’s Office, located in Trenton, has the following special units:

Arson – Focuses upon various types of cases involving suspicious fires, (e.g., where it appears that someone intentionally started a fire or caused an explosion), arson for hire, and failure to report or control a fire.

Domestic Violence – Investigates and prosecutes indictable violations of restraining orders, as well as allegations of attempted murder, burglary and terroristic threats as they relate to domestic violence. The unit is also responsible for forfeiture issues involving weapons seized in connection with domestic violence matters.

Homicide – Investigates and prosecutes all homicides that occur in the County.

Internal Affairs – Investigates, among other things, law enforcement personnel charged with violations of applicable procedures. This can include issues concerning police use of weapons, police pursuits, and injuries by police to drivers, passengers and pedestrians.

Juvenile Unit – Investigates and prosecutes all petitions for juvenile delinquency.